Some commentary following the recent release of notes to eternity in the United Kingdom.

"Sarah Cordery's Notes to Eternity is unlike any other documentary I have seen on the conflict between the State of Israel and the Palestinian people. Cordery approaches the issues via the experience of four prominent critics of Israel. None of the four is Palestinian or Israeli, but each, in her or his own way, has an intimate connection to the conflict. Though they share a critical stance towards Israel, they do not toe a party line. They see the conflict with their own eyes, they think about it in their own skin. In the process, Cordery humanizes the two peoples locked in (unequal) conflict. It is rare to see a film on Israel and Palestine that distinguishes clearly between oppressor and oppressed without either demonizing the one or idealizing the other.

"On day 5 of the festival, we screened the highly compelling 'Notes to Eternity'. It is a 'meditation' on the Israel-Palestine conflict via portraits of four of its key non-Palestinian observers: Robert Fisk, Sara Roy, Norman Finkelstein and, principally, Noam Chomsky. It's heart-rending stuff - not just because of the ongoing horror of the Palestinians' situation but because it captures the determination and hints of despair of some of its keenest observers. That three of these are Jewish and have long ago squared their own traditional/religious/zionist/anti-semitic experiences with the unquestionable need for justice for the Palestinians, in sharp contrast to the dominant Jewish voice, reveals the impossible terrain they tread.

Such terrain is the literal and figurative backdrop to the film and it is no surprise then that it should be included within a festival dedicated to exploring or exploiting the potential of film to affect or even effect personal, social and political change. 'Notes to Eternity' inspires reaction precisely not through polemics - the common mode of political debate, especially pertaining to all things Israel-Palestine. Instead, its slow, accumulating, often poetic but always gripping sense of human reason, dedication and vulnerability in relation to Palestinian experience opens up a space for thought and feeling beyond the usual polarisation." 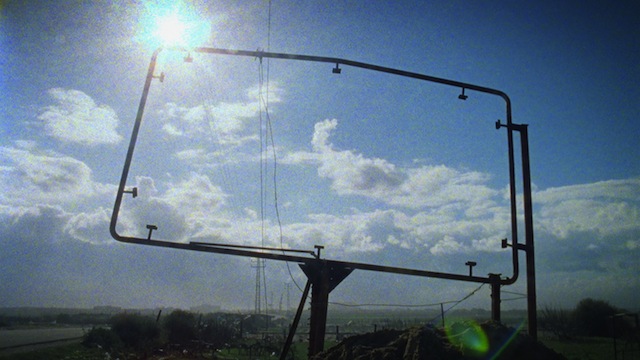